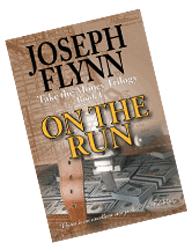 “Everywhere I go, people are trying to kill me,” Dan McGill said.

He’d been shot at that week, on consecutive days, by two armed robbers. One crook had just stuck up a pawn shop. The other, possessing greater ambition, had robbed a bank. Both of the gunmen were now dead. Dan had taken advantage of quicker reflexes and a far better shooting eye to determine both outcomes.

Now, he and his lifelong friend Charlie Hart sat in a dimly lit booth at the rear of the darkened bar. The joint wasn’t supposed to be open at that early hour, but allowances were made for the right people. Dan and Charlie were both Chicago cops. Even now, wearing their civilian clothes, both of them still looked like guys who carried a badge and a gun for a living.

Dan said, “I shouted, ‘Stop, you asshole!’ They should have been able to figure out the police part all by themselves.”

Charlie sighed and said in a quiet voice. “Yeah, they should have known. Meanwhile, what you should do right now is what those two mopes had in mind: Take the money.”

He took a long pull from his bottle of Pabst Blue Ribbon. The beer had been delivered to the booth chilled and still factory-capped. Charlie had opened a bottle for himself with his own church-key after Pete’s new waitress and girlfriend, Ruthie, had dropped off the two beers and taken a seat at the far end of the bar.

When necessary, Ruthie and Pete would sleep in a room at the back of the place. They’d been told that there would be early morning callers that Saturday. Ruthie was working in a bathrobe and slippers. Pete was still asleep in back, to be roused only if he needed to put in an appearance with a baseball bat or a shotgun.

“I know you do. You want to make the mistake of a lifetime, that’s your business.”

“And, of course, you’d never say a thing about my dumb-ass move to anyone else.”

“Never,” Dan agreed. “You want to be stupid, who am I to criticize?”

Charlie laughed. “You and me, we graduated numbers one and two from Saint Benedict. I think I had a hand cramp on that lousy final math test. Made me check the wrong answer box. Other than that, we’d have tied for top student. Of course, you did manage to get in a whole year at DePaul University before you needed to go to work for a living. But I got a jump on joining the force, making me a lieutenant while you just made sergeant. So, if I’m stupid, what’re you?”

“Smart enough to know what not to do,” Dan said.

“But not smart enough to take free money,” Charlie replied. “I don’t do jack for what I get. Haven’t even had to look the other way on anything.”

Dan picked up Charlie’s church-key and opened the other bottle of beer. He took a long pull and said, “If you have no worries, why the hell do you think someone might poison your beer?”

“Mom’s Italian,” Charlie replied. “She likes me to be real careful. Back in the old country, poisoning your enemies was a thing. Still is for that matter.”

“Yeah, but who’d want to poison an honest Chicago cop? One who had nothing to worry about?”

Charlie downed the rest of his bottle before replying. “I haven’t done anything a state’s attorney or even a fed could send me to prison for, but I know, generally, a guy still has to be careful.”

Dan leaned forward. “Charlie, I hope you’ve got your second salary hidden somewhere safe because if the F.B.I. finds a bunch of cash you can’t explain, I guarantee they’ll find some charge to lay on you. Those bastards go to law school.”

Without getting too loud about it, Charlie called for two more capped Blue Ribbons. Ruthie brought them. She told Charlie if he wanted any more to get them himself. She was going back to bed. She added, “Make sure the door’s locked when you two leave.”

Charlie had been given a key.

He watched her go to the back room. Once that door was closed, he popped the cap on another bottle and downed half of it. Then he looked back at his boyhood friend.

“Danny boy, there are times I think about getting caught, but I used to worry more about what’d happen to me if I didn’t take the money. You just made sergeant. So now you’re a police boss, too. You might’ve gotten away with playing things straight as an ordinary patrolman, but a straight boss is a threat to the way things work. If you get in the game, though, you’ll have all the other police bosses and City Hall behind you.”

Everybody in town knew there were more crooks in Chicago politics than in Cook County Jail. Maybe the same could even be said about the police department.

Dan finished his first bottle and opened the second. “So what were you told to do here, Charlie? Straighten me out, make me one of the boys, another crooked cop?”

A small nod was all Charlie needed to show, but he added, “I’m your lieutenant. You work for me.”

“Yeah, I know. Thing is, I don’t care. I won’t work for criminals. I won’t take their money. See, the way guys in your fix look at things, the Mob is paying you. The way it is, though, they’re really buying you, owning you with the first dollar you take from them.”

“Tell you what, Charlie. You take the money they want to give me and keep it. Tell them the only way I’ll take money is through you. I won’t say a word to anyone about you keeping the cash they mean for me to have. Not unless the feds come my way and accuse me of something crooked. Then the jig is up.”

Dan McGill got to his feet, intending to leave.

Looking up, Charlie told him, “The Mob is already pissed at you, Danny. They told me you beat the hell out of a guy they sent to talk to you. Lucky for you, he was nobody important.”

McGill laughed. “Lucky for him he’s still alive. He went for his gun. Maybe he thought he could wave it at me and scare me. I could have killed him with my bare hands, and I damn near did. He won’t be much of a threat to anyone ever again.”

Charlie looked pained beyond the ability of alcohol to remedy.

He said, “The next guy they send? He won’t be a nobody. He’ll be good, an up-and-comer, maybe even a nephew of somebody really important.”

Dan sighed. “Thanks for the low-down. Anybody else tries to lean on me, though, I’ll shoot him right between his eyes. So what you should do, being my friend, is just what I already said. Tell the bastards who own you that I fell in line. You take the money meant for me and keep it for yourself and to yourself.”

“And what if someday they want a favor from you in return for the money I keep?” Charlie asked.

Dan leaned forward, his hands on the table, his face close to that of his old friend. “You say I told you to give their money to the Little Sisters of the Poor. Maybe that’s what you should do with it. In any case, I won’t do a damn thing for them. But tell them if they go to war with me I’ll turn into goddamn Sergeant York on them. No, wait a minute. York captured 132 German soldiers. I’ll kill however many they send at me. But for the love of God, Charlie, don’t make me kill you, too.”

Dan McGill walked toward Easy Pete’s front door. He listened closely in case Charlie, in desperation, was tempted to make exactly the wrong move. That didn’t happen. So Dan took his gun in hand and watched for a hitman waiting for him the moment he stepped outside.