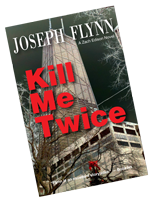 The house on Sheridan Road, just north of the Northwestern University campus, had thirteen rooms and a two hundred foot stretch of private beach on Lake Michigan, but it sold for a song, $2 million, because it had been stuck in probate for years and had declined to the point of being a fixer-upper. The contending heirs to the property also needed the funds so they could continue their fight over the remainder of Daddy’s estate.

Zeke Edison and George A. Black plunked down a million each and bought the place. A small army of George’s extended family, possessing every building trade known to man, was engaged in a massive rehab effort, and lived in the attic and the basement for the duration.

They were a sociable lot and Zeke didn’t mind the company, but he asked George, “You really think we’re going to need high-iron workers?”

An uncle and a cousin were the guys in question.

“They have other skills, man.”

“Okay, but their invoices get added to your half of the budget.”

That cost was also being split fifty-fifty.

On the morning Paulette Mallory arrived at the house, the new doorbell was working and had been wirelessly paired to the stereo speakers in Zeke’s home office so he could hear it above the sounds of reconstruction. The cacophony of the moment included an electrician’s power drill, the floor refinisher’s power sander and an industrial strength grinding tool being used outside as part of the tuck-pointing process.

Ms. Mallory had a hand pressed over each ear when Zeke opened the front door.

He’d come prepared. He dangled a pair of Bose Quiet Comfort headphones in front of her. She understood the gesture and quickly put them on. Beethoven’s Sixth Symphony, Pastoral, replaced the din of home improvement. He took Ms. Mallory’s hand and led her through the rush hour traffic of skilled craftsmen.

More than one of them took a second look at the visitor.

Ms. Mallory had been blessed with a pixie-cute face, long auburn hair and slim legs revealed to advantage by her floral print spring dress. Zeke got several winks from the crew as he led her into his office, finished as job number one at his insistence. He looked back at the guys with a serious face and shook his head.

The young woman wasn’t a potential girlfriend. She might turn out to be his first client as a private investigator. He closed the door, cutting off most but not all of the racket.

He got Ms. Mallory settled in a guest chair.

She removed the headphones and extended them to Zeke.

“Better hold on to those for the return trip,” he said.

She nodded and placed the headphones on her lap with her purse.

Zeke sat behind his desk and said, “You spoke with the senior partner in the firm, Aaron Levy, and he recommended me to you?”

“Aaron told you this will be my first case? Well, the first one I’ll work on my own.”

“He did. He was very forthcoming. He said you were a quick learner and you don’t know how to give anything but your best effort to get a job done.”

That was putting it mildly, Zeke thought.

“Mr. Levy also said it would be more convenient for you to see me here than in his office down in the city. I live just up the road in Wilmette.”

All right, Zeke thought. He was licensed and had served his apprenticeship. It was time to take the plunge. “How can I help, Ms. Mallory?”

She leaned forward and looked closely at Zeke.

Seemed to take comfort in the fact that he was a very big, strong man