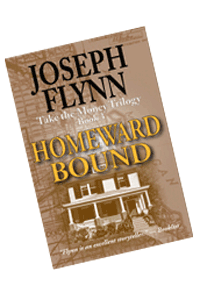 The U.S. 7th Army came down the same road to Munich that Jameson, Charlie, and Robyn had traveled earlier. At the tail end of the column was a Jeep with a heavy machine gun mounted in its rear. A sergeant manned the weapon and watched for any enemy approaching from behind or the sky above.

After a brutal close-quarters battle in Nuremberg, American forces were steeling themselves for what might lie ahead in the even larger city of Munich. After that, of course, would come the biggest prize of all, Berlin. From the greenest private to the most battle-tested general, a new sense of dread infected every American on the battlefield.

None of them wanted to be the last man to die in a war that was all but won.

The three men in the armed Jeep were included in that number. Like everyone else, though, they had to soldier on until … the brigadier general in the passenger seat got excited and said, “Jesus-Jumping-Christ! Turn left on that path, Major. The one that leads up to that farmhouse.”

To leave no doubt, General P.B. Budlong pointed to the structure in question.

Major Dennis Robertson, the Jeep’s driver, turned his head and the Jeep to follow the general’s order. Robertson spotted a farmhouse, and with his marksman’s eyesight, he also took in the sign out front: Cohort 1, United States Army.

Robertson told the Jeep’s machine-gunner, “Watch for some kind of ambush, Sergeant.”

Then he added, almost to himself, “Sonofabitch, Sergeant Hart made it. Sergeant Jameson, too, I’ll bet. Miss Bradley as well, if Sergeant Hart is still breathing.”

“Don’t get ahead of yourself, Major. We don’t know how long that sign has been there.”

“Not the specific date, sir, but now I can see that paint is still fresh.”

General Budlong thought the major might be jinxing the whole thing.

Then again, Robertson had fought with the men in question, and the general hadn’t.

As final proof of who was right, the front door to the farmhouse swung open, and Sergeant Charlie Hart stepped out. When he saw the 7th Army passing by and the armed Jeep coming his way, he came to attention and saluted.

Then a woman in civilian clothes stepped outside and gave them a smile and a wave.

Robertson said, “That’s Robyn Bradley, sir. She’s an English spy. She was a big help to Cohort 1, sir. Probably saved all our lives.”

The major brought the Jeep to a stop in front of the couple. He smiled at his two comrades-in-arms. “Good to see you again, Sergeant Hart. You, too, Miss Bradley.”

Charlie said, “Nice to see you again, too …” Then he noticed the oak leaves on Robertson’s shoulders. “Major?”

Robertson got out of the Jeep and smiled. “I went back to the old playbook. Bagged two German generals. Neither of them Rommel but not place-holders either.”

General Budlong cleared his throat, and Robertson made the introductions.

“General P.B. Budlong, please meet Miss Robyn Bradley, an agent of the British SOE and, now that I’ve thought about it, the salvation of Cohort 1.”

Robyn rolled her eyes and said, “The major overstates my value, General Budlong.”

“No, sir, he doesn’t,” Charlie said to Budlong. “Miss Bradley provided the one thing General Crosswell overlooked when he formed our unit, a reliable source of ongoing intelligence.”

Budlong smiled. “I’ll pass that along to General Crosswell, and thank you for all your help, Miss Bradley. I’ll be sure to write to your superiors and commend your assistance to the United States Army.”

“Thank you, sir,” Robyn said. “Might I also ask for something else?”

“Sergeant Hart and I are hungry. All we’ve had to eat in the past day is a bit of chocolate and a half-bottle of beer each.”

“Only if you have the time, sir, of course,” Charlie said. “Winning the damn war comes first as always.”

Budlong and Robertson looked at each other and smiled.

Charlie overreacted but not by much. “The war’s over? We’ve won?”

The general held up a hand like a cop stopping traffic.

“There’s been no German surrender yet. Still, we’ve received word from a scout unit, the first to enter Munich, that they met no resistance. Saw no German troops at all. In fact, there were long lines of civilians in the street waving white flags and holding up signs saying, ‘Please don’t shoot us.’ Others pleaded for us not to bomb the city again. Large parts of Munich are in rubble already, of course. Both our Air Corps and Miss Bradley’s countrymen in the R.A.F. have pounded that city hard and often.”

Charlie put a hand over his eyes and murmured, “Gratias Deo.”

Then he lowered his hand and said to the general, “We’ve got to be near the end, sir.”

Budlong said, “I think so, too. We get the Nazi top brass, that’s the ballgame.”

Captain? Charlie and Robyn looked at each other in amazement.

Then Charlie turned back to the general and said, “Sir?”

General Budlong told Charlie, “Your promotion came by the direct order of our late president, Franklin Delano Roosevelt. He might have boosted you even higher in rank if you’d been gracious enough to visit the White House with the rest of Cohort 1.”

The promotion wasn’t the important thing to Charlie.

“FDR is dead? When did that happen? I voted for him every time.”

Tears formed in Charlie’s eyes, a not uncommon reaction for many Americans upon first hearing that news. Robyn took his arm in a gesture of comfort.

The general said, “Let’s go inside, Captain Hart. You, me, and Miss Bradley. We have a few more things to discuss. Major Robertson will see to it we are not disturbed.”